June 2016 mark a full fifty four years of non stop touring for The Searchers. When the incredible beat boom of the mid sixties that saw so many bands riding on the crest of a seemingly unstoppable wave of success subsided many simply disbanded and got on with their lives as best they could. Not The Searchers.

They stayed firmly in place, a constant unit riding out the bad times putting the twilight years of the cabaret clubs, looked on as anathema by some, to good use as they diligently honed their stage craft and upgraded the quality of their shows to please the more mature audience who had replaced the screaming teenage girls who had mobbed them in those years of chart topping glory. Such dogged determination was to stand them in good stead for the momentous nostalgia revival which was to lift them once again to national and international prominence.

With a regular touring schedule of two hundred plus shows a year The Searchers seem to be both unstoppable and indestructible. They are arguably the hardest working band in showbusiness and their amazing datesheet is legendary in the music industry.

Their impressive run of hits in those glory years from 1964 to 1966 was worldwide enabling them to travel the globe constantly.

Sweets For My Sweet, Sugar & Spice, Needles & Pins, Don`t Throw Your Love Away, Someday We`re Gonna Love Again, When You Walk On The Room, Love Potion Number Nine, Goodbye My Love, He`s Got No Love, Take Me For What I`m Worth, Take It Or Leave It, Bumble Bee, Sweets Nothings. Have You Ever Loved Somebody, When I Get Home, What Have They Done To The Rain.

They have performed for both The Queen and Princess Margaret, headlined over such Motown luminaries as Marvin Gaye, The Supremes, Martha & The Vandellas and The Temptations, entertained British troops in The Falklands, Bosnia and Belfast, toured Australia and New Zealand with The Rolling Stones and strutted their stuff in front of 80,000 people at Wembley Stadium as special guests of Cliff Richard.

In 2008 they found themselves back in the charts when the compilation album The Very Best Of The Searchers climbed to number eleven. It was only prevented from entering the top ten by Old Blue Eyes himself, Frank Sinatra.

As recently as 2014 they appeared in Las Vegas, the entertainment capital of the world, to great acclaim and not for the first time. This was their third engagement in ‘Sin City’ but in fact the U.SA has played host to them constantly over the years. And on one special evening in New York they allowed Searchers afficionado Marky Ramone of the legendary punk pioneers to sit in on drums for Needles & Pins.

As well as The Ramones they can count Bruce Springsteen, Tom Petty, The Byrds, Marshall Crenshaw and others as musicians who came under their influence. In fact Roger McGuinn was recently quoted as saying that without The Searchers there would have been no Byrds. The Searchers modestly venture that he was being a tad over generous in such high praise but there are many who would underline the truth of the statement.

(See the quotes at the end of this article)

In less happy circumstances they were even forced to take a former member to court in order to save their name and protect their future in the entertainment industry.

The Searchers were founded by guitarist John McNally (he started the outfit like so many other kids of the day as a skiffle group in the late fifties) and along with bassist/front man Frank Allen who left hit-making band Cliff Bennett and The Rebel Rousers to replace Tony Jackson on August 3rd 1964 they still maintain the heritage and reputation of the band which today is almost regarded as a national treasure. There have of course been changes in the line-up.

Following Jackson`s 1964 departure Chris Curtis, the drummer and charismatic showman of the band, was to quit at the end of a tour of Australia in March `66 where they had been co-headlining a tour along with The Rolling Stones, a coupling which Frank Allen has wittily described as putting Mother Theresa with Vlad The Impaler. An odd pairing perhaps but a hugely successful venture.

Curtis, in a mentally fragile state at the time, no longer wished to endure the rigours of touring and could not be persuaded to stay. In fact the drum stool, currently occupied by Scott Ottaway, has seen the most changes over the years. Scott is the fifth to fill the position since the band`s professional inception back in 1962 and has at this point been a Searcher for over five years.

In the vocal department things have been more constant with Spencer James taking over from Mike Pender in 1986 and still handling the majority of the lead vocals today. Pender`s departure saw them enduring one of the band`s least pleasant episodes in its history due to the inevitable court case that ensued when their right to the name was in dispute. McNally and Allen were successful and remain owners of that title in law.

The association with the aforementioned Cliff Richard provided them with their largest audience ever somewhat late in their career. In the summer of 1989 Britain`s first pop knight requested their presence to help him celebrate his thirty years as a star and in fact the audience numbered 80,000 on not one but on each of two days at the giant football stadium.

Indeed Sir Cliff on another occasion was backed by The Searchers during a charity show at the world famous Wentworth Golf Club and even Cliff`s Shadows would have to admit their accompaniment was not too shoddy at all.

Their presentation has changed radically over the years. In the first flush of chart success a top of the bill spot consisted of a mere twenty minutes giving them barely enough time for half a dozen songs. Nowadays, still in their iconic high cut three button black suits, white shirts and black ties, they occupy the stage for the entire evening presenting what is essentially a history of the band in music and anecdotes lasting for a full two hours.

Tales of their travels and amusing stories of happenings along the way occupy the spaces between the hits, the B sides, the album tracks and other selections that colour their career whether as tributes to fellow artistes or culled from their later recordings which, though maybe less well known are still in constant demand from their ardent followers.

The distinctive jangle of the twelve string guitar remains a most important feature of their sound and those rich and vibrant harmonies still embellish the songs that have provided a soundtrack to the lives of so many. The eternal popularity of this legendary group ensures that the demand for concerts is always there but the real reason for maintaining that exhausting work rate is the best reason of all.

They truly love what they do.

1
What to do Next!!!! Website or Online Radio Box 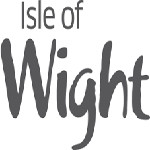