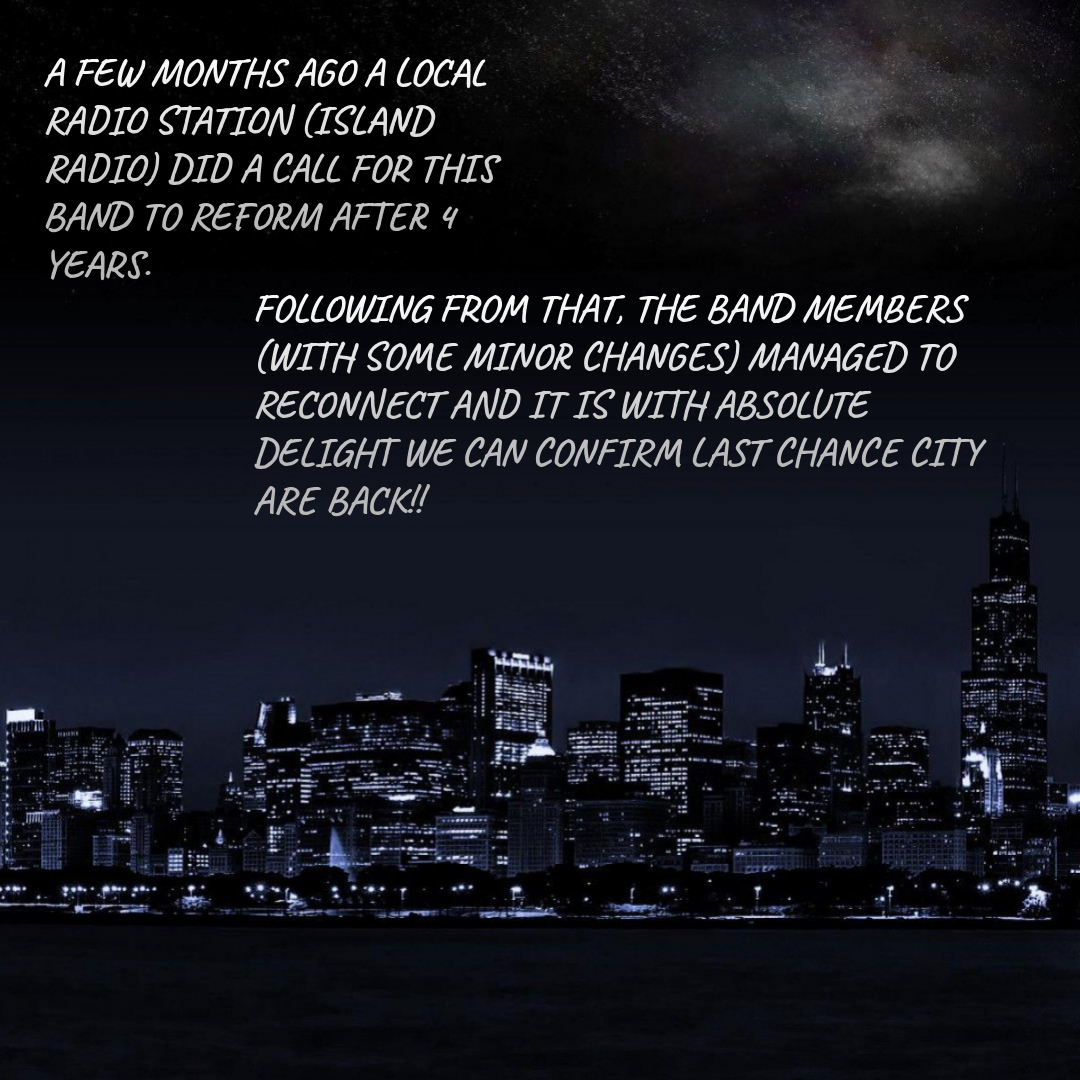 I am delighted to announce that Last Chance City are official back! Their first rehearsal back as a full band was last night and the announcement has just been made public across their social media platforms.

A few months ago Last Chance City bass player Edan Bartlett had heard my show and play of Last Chance City, after which I suggested it was a massive shame that the band had never got back together after a University hiatus. He took the idea to the lads and then let me know that a reunion was on the cards, but to keep it quite for now. Well now is now and the band are going to gig again!!

This just shows what estem the Island radio is held in in some quarters. So if you won’t your music played to the world, at no cost to you except an email, get those MP3’s in to us at theislandradio1@gmail.co.uk with a bit of info as well.

And don’t forget we also give you free gig adverts if you let us know about them, either as the artist or the venue. So now is the time to get into the habit of getting your news into the Island Radio and we can plug it to our 50,000+ listeners a month and nearly 11,000 visits to our website. Do you realy want to let all those eyes miss your news?